If you are looking for summer reading ideas I can make some suggestions, whether for personal or professional interest: 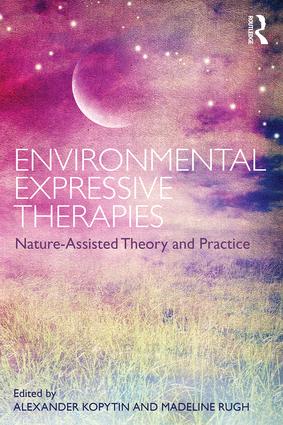 This is a  new textbook which covers a wide range of creative therapies, and how people incorporate nature into the work. Mary Reynolds Thompson & I co-authored the chapter:

Inner and Outer Landscapes: Bringing Environment into the therapeutic relationship through Expressive Writing

Don’t forget:you can request this or any of the other titles from your local library

Journal Prompt: Explore your relationship with reading over your life – has it changed? Can you remember learning to read? Who was involved with your early reading?

What ‘bookish’ memories come to you?

I am a compulsive reader – I read to learn about the world and to understand my own world. The urge to create a meaningful narrative from the events of a life, to understand and to learn, is one of the reasons people come to psychotherapy. Psychotherapists and authors might therefore agree that we read to make sense of our lives and our experience.

Sometimes our professional and personal lives align in a novel in ways that can illuminate both. Recently I picked up a couple of novels from the New Books Shelf at my local library. By chance, they both contained adoption themes:

I work a lot with clients with adoption stories (from different parts of the adoption triad). I run a group for adoptees. I am an adoptee. Perhaps this makes me particularly sensitive to these themes; I know I am profoundly grateful when I find them. These stories occur in adult fiction from Wuthering Heights to The Orphan Train. Children’s literature has always been full of adoption stories  – think of Anne of Green Gables, The Secret Garden, The Once and Future King. Novels are extra resources I can suggest to clients and show me new perspectives on their stories and my own.

​
The Novel Cure – An A-Z of Literary Remedies (Berthoud and Elderkin 2013) has a very short section on adoption – if you have come across any books (fiction, non-fiction – as I said, I’m eclectic) with these themes please do let me know at kate@katethompsontherapy.com or leave a note on this post.

Sometimes you may read a book which you wish you could have written – because it tells your story or it doesn’t.  In Why be Happy when you could be Normal? Jeannette Winterson has written  a memoir of adoption which is both universal and utterly unique.

Unique: Whilst she is not alone in having a violent and abusive mother and a silent, disengaged father (“He had never talked much, him being clumsy and unsure with language.”    “….he didn’t fight for me”), her adoptive mother, Mrs Winterson, with her sadistic blend of violence, withdrawal and Pentecostal religion is monstrous beyond belief,  ‘she was a monster but she was my monster’.

The one good thing about being shut in a coalhole is that it prompts reflection.

Universal: The adoptee’s fear of abandonment, of never being loved enough, of never really, really being wanted (“How do you trust another person to love you? I had no idea . I thought love was loss”). She speaks of having 2 failed families – the birth family and the adoptive family –   “the first one was not my fault but all adopted children blame themselves”

Adoption begins on your own – you are solitary. The baby knows it has been abandoned

And literature saved her life: It isn’t a hiding place. It is a finding place. Fiction and poetry are doses, medecines. What they heal is the rupture reality makes on the imagination.

“We need better stories about adoption”

Do you have an adoption story to tell?

Adopted children are self-invented because they have to be….adoption drops you into the story after it has started . It’s like reading a book with the first few pages missing…..The feeling that something is missing never, ever leaves you…..

What are the first few pages of your story?